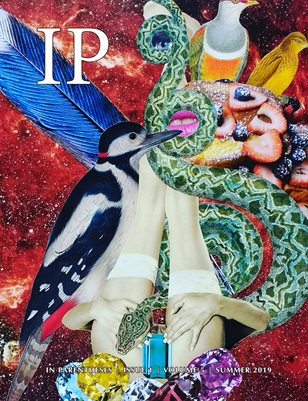 Thank you to all our submitters listed below. Click here to purchase or preview the Summer 2019 issue of In Parentheses Literary Magazine.

Nolan Meditz / Nolan received his MFA from Hofstra University in 2014 and his Ph.D. from the University of Louisiana at Lafayette in 2018. His poems have appeared in Roanoke Review, Marathon Literary Review, and other publications. He currently lives in Weatherford, OK, where he teaches writing at Southwestern Oklahoma State University.

Mallika Bhaumik / Poetry / Mallika had been a student of literature and has a Master’s degree in English literature from the University of Calcutta. Her poems, short stories, travelogue, interview have been published in various mags like Cafe Dissensus, Oddball magazine, Shot glass journal,Stag Hill journal, Mad Swirl, The Metaworker, Wagon mag and others. She lives and writes from Kolkata, India.

Michael Lee Johnson / @poetrymanusa / Michael lived 10 years in Canada during the Vietnam era and is a dual citizen of the United States and Canada. Today he is a poet, freelance writer, amateur photographer, and small business owner in Itasca, Illinois. Mr. Johnson published in more than 1042 new publications, his poems have appeared in 38 countries, he edits, publishes 10 poetry sites.

Gabby Catalano / Gabby is a published essayist, poet, and spoken word artist from San Diego. She graduated from Arizona State University with her B.A. in Mass Communication and Media Studies, and she’s pursuing her M.A. in Communications. Gabby’s writing has been featured at the Women’s Media Center, LA Canvas, BUST Magazine, and more.

Justin O’Dwyer / The Pop Sonnet form is one which takes modern pop tracks and twists them into the shape of an Elizabethan sonnet. If Pharrell Williams were born in the sixteenth century, maybe this is what he would have written.

Holly Day / Holly has taught writing classes at the Loft Literary Center in Minneapolis, Minnesota, since 2000. Her poetry has recently appeared in Tampa Review, SLAB, and Gargoyle, and her published books include Walking Twin Cities, Music Theory for Dummies, and Ugly Girl.

Jennifer Collins / @wytwavedarling / My poetry has appeared in various journals, including Puerto Del Sol, The Rockford Review, Chelsea, 34th Parallel, Redivider, The Potomac Review, 13th Moon, and Post Poems, and I was nominated for a Pushcart Prize by Puerto Del Sol. Redivider also chose my work as the winner of their “Quickie Poem” Contest at the 2007 AWP Conference in Atlanta, GA. I now work as a full-time book editor and serve as a summer faculty member in Creative Writing and Drama at the Cardigan Mountain School in New Hampshire. My first chapbook, Oil Slick Dreams, is now available for sale from Finishing Line Press.

Laurie Petersen / Laurinda lives in New York’s North Country near the St. Lawrence River, which is a parenthesis of another kind. Some poetry publications and acceptances were in Comstock Review, The Cortland Review, Mudfish, Off the Coast, and Paterson Literary Review. Awards include second place, New York State Fair poetry competition.

Phillipe Martin Chatelain / @uptownvoice / Phillipe is the Managing Editor of In Parentheses. He is a poet from New York City with a Masters Degree in Poetry from The New School. He writes as someone in the tradition of the urban troubadour or the flaneur–wandering, taking notes. He believes that poetry of our generation has taken on a much more digital definition. Furthermore, it is important for New Modernist writers like those exhibited in In Parentheses Literary Magazine to assume the forms of media available in order to carry on the history of Sublime Art. His series taking shots alone was self-published in 2012-2015. The self-published collection FACETS (2019) is now available.

TS Hidalgo / Tomas (45) holds a BBA (Universidad Autónoma de Madrid), a MBA (IE Business School), a MA in Creative Writing (Hotel Kafka) and a Certificate in Management and the Arts (New York University). His works have been published in magazines in the USA, as well as Overseas, and he has been the winner of prizes like the Criaturas feroces (Editorial Destino) in short story and a finalist at Festival Eñe in the novel category. He has currently developed his career in finance and stock-market.

George Stevenson / I have come late to poetry, an older man who has seen both good and bad, as we all have. These poems reflect a few of the scenes. Raised in a farm town in Missouri, my career has been all over as an engineer and in business. I am married with four daughters and step-daughters and a passel of grandchildren.

Gael Blake / Gael is a undergraduate at USC Upstate with minor in creative writing. As an emerging writer, she hopes to break the market.

Paul Nitsche / Mixed Media / @grindingelves @bunnyandturtle1111 / Paul Nitsche is an artist residing in Manhattan. He tries to stay as far away as possible from thinking in the box. When he is not chanting with the Hare Krishnas, he churns out inventions, musicals, and enjoys surrealist collage. He is currently working on a cartoon to which he is looking for an animator.

Fabrice Poussin / @faboleon2000 / Fabrice teaches French and English at Shorter University. Author of novels and poetry, his work has appeared in Kestrel, Symposium, The Chimes, and dozens of other magazines. His work, including photography, has been published in The Front Porch Review, the San Pedro River Review and more than 250 other publications.

Michael Reginald Pitter / @pitterphoto / Michael is a writer, photographer and a PhD student in immunology at the University of Michigan. He co-founded In Parentheses with Phillipe as an undergraduate. His contributions to the magazine range from analog photography to philosophical essays to articles regarding current advancements in biomedical research. Michael is also interested in the experimental synthesis of art and science through his writings and visuals.

One thought on “FIRST LOOK: Summer 2019 Issue of In Parentheses Magazine”