Front Cover The cover image by EUGENIA LOLI is inspired by the Dionysian Mysteries. Eugenia is heavily influenced by the ancient Greek mythology and stories.

EUGENIA LOLI is a filmmaker and a modern vintage collage artist. Before art took over her life, she was in the technology sector. Originally from Greece, for many years now in California.

The following is a list of all the featured contributors.

“The Black Gentrifier: An Emerging Social Anomaly” by Michael Pitter
“Understanding an Artist: Politics in a Photograph” interview with Mhairi-Clare Fitzpatrick 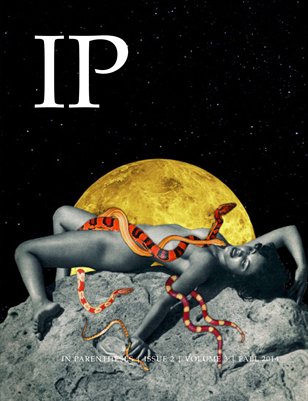 By In Parentheses in IP Volume 3

The Fall issue of In Parentheses Literary Magazine. Volume 3, Issue 2.